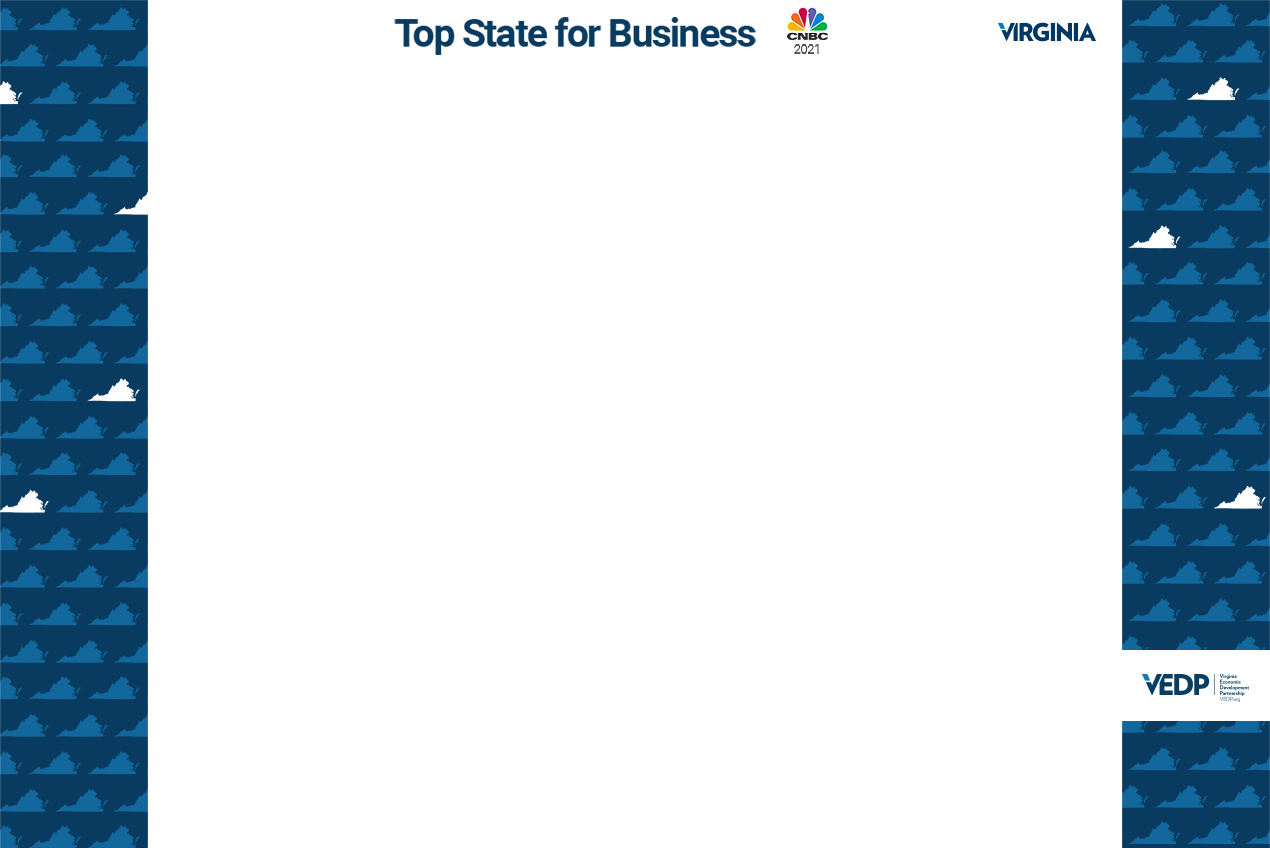 Commerce, Ga., lights up with mega deal
SK Innovation, a South Korean business that builds lithium-ion batteries for hybrid electric vehicles, announced in May it is building an additional plant at the site where it is already constructing a manufacturing facility that promised to hire 2,000. This second facility will increase SK’s investment from $1.67 billion to $2.5 billion. SK has contracts to supply batteries to Kia Motors and Volkswagen, and cited a projected higher demand for electric vehicles as the reason for its expansion.

Fed says manufacturing decline largest since 1946
Data released by the Federal Reserve in April showed that manufacturing in the U.S. has dropped to levels not seen since 1946, one year after the end of World War II. The low levels are due to so many manufacturers closing plants, including almost all automotive plants in April.

Missouri market puts together $1 billion package for Tesla Cybertruck factory
Joplin, Mo., has put together a package of incentives and savings to lure Elon Musk’s plant to build Cybertruck electric vehicles. The package includes a discount on a 1,042-acre site as well as a combination of state and local tax credits.

Japanese automakers furloughing workers in the Southern Automotive Corridor by the tens of thousands
Nissan and Honda are furloughing workers without pay at their plants in the South because of the coronavirus. In April, Nissan said it would furlough about 10,000 workers at its plants in Mississippi and Tennessee calling the move a temporary shutdown. Honda will furlough about 14,400 workers at its plants in the U.S. The furloughed workers will keep their benefits such as health care.

South Carolina automakers shut plants down
Volvo and BMW closed their plants in South Carolina in March until further notice. Volvo, which employs about 1,500 workers currently in Berkeley County and is in the midst of a major expansion to add a SUV line, saw its sales drop 31.2 percent in March worldwide. BMW, which houses about 11,000 workers at its plant in Spartanburg County, saw sales drop by 15.3 percent in the first quarter in the U.S.

Announcements made in the Winter 2020 Quarter

Continental to invest $100 million in Texas

Auto supplier to create more than 300 jobs in Tennessee

Eastman coating Martinsville, Va., with growth and jobs
Investing more than $50 million in the Martinsville area over the past eight years, Eastman Chemical Company, headquartered in Kingsport, Tenn., has continued to solidify its claims as a leading manufacturer of high-performance window tint and paint protection film for automotive applications and window film for residential and commercial applications. The company’s recently announced move to the former Stanley Furniture building was one of the largest expansions the Martinsville area experienced in 2019.

Toyota Financial Services opens hub in Georgia
Toyota Financial Services — the finance and insurance brand for Toyota in the United States — will open a new office in Alpharetta and become one of three “hub” locations for the company that support automotive dealers across the nation. The investment of more than $8 million will bring 150 new jobs to Fulton County.

Sonic Automotive to locate regional HQ in Gwinnett County, Ga.
Sonic Automotive, a Fortune 500 Company and one of the largest retailers of new and pre-owned vehicles in the United States, will locate a dealership and regional headquarters for EchoPark Automotive in Duluth, creating 130 new jobs and investing $20 million in the project.

Autozone readies for downtown Memphis expansion
A building permit was just filed for AutoZone’s previously announced $145 million downtown digital expansion project. In addition to work at AutoZone’s headquarters, the expansion will also include two other buildings in Memphis, Tenn. In total, the project is expected to create 130 jobs.

Continental to invest $100 million in Texas
Michigan-based Continental, an automotive parts manufacturer, is investing $100 million in a new plant in New Braunfels, Texas. The project will retain 400 jobs and create 130 more. The company will make radar sensors for the automotive industry at the new facility.

Truck manufacturer breaks ground on Alabama expansion
Navistar broke ground on an expansion of its plant in Huntsville in the winter quarter. The company assembles commercial trucks and buses. The deal is expected to result in 145 new jobs, doubling the plant’s current workforce.

Truck manufacturer to expand in rural Virginia
Custom Truck One Source, a manufacturer of specialized truck and heavy equipment, is investing $2.6 million to expand its operations in Bedford County, Va. The project will create 61 jobs.

Auto supplier to create more than 300 jobs in Tennessee
Adient, a manufacturer of automotive seating, is investing $23.5 million in its facility in Lexington, Tenn. The Michigan-based company will create 330 jobs in the deal.

Mack Trucks to open new Virginia facility
Mack Trucks will assemble a new line of medium-duty trucks in Roanoke County, Va. The company, a Volvo subsidiary, announced in the winter it will invest $13 million to open the new plant. The deal will create 250 jobs.

The overall automotive industry is in flux, but not in Alabama

Toyota to shift production of small pickup to Mexico

Auto supplier to expand in Tennessee

Hyundai made more vehicles at Alabama plant in 2019

Ficosa to add 100 jobs in Tennessee

The overall automotive industry is in flux, but not in Alabama
Nashville-based Nissan is cutting production worldwide. GM closed several plants last year in North America. But in Alabama, all four of the state’s automakers are expanding. Alabama is fifth largest in the nation in production of cars and light trucks. It is the third largest state in vehicle exports. Here is what is going on as of the winter quarter at Alabama’s automotive plants:

Mercedes-Benz – Tuscaloosa, Ala.
In 2018, Mercedes announced a $1 billion expansion, including a 1 million-square-foot electric battery plant in nearby Bibb County. The expansion also called for a Consolidation Center that houses vehicle kits to ship overseas. Also, the company has built a 1.3 million-square-foot after sales hub.

Honda – Lincoln, Ala.
Honda has been involved in an $85 million expansion at its plant that houses 4,500 workers. Honda also operates an engine plant onsite. Since 2001, Honda has invested more than $2.6 billion in its East Alabama assembly plant.

Hyundai – Montgomery, Ala.
Hyundai is finishing up a $388 million engine shop. In November, the South Korean automaker announced a $410 million expansion for stamping and welding. The company is also adding 200 jobs and suppliers in and around Montgomery and is expected to create 1,000 jobs with this latest expansion. The company is also adding a new line for its Santa Cruz model.

Mazda Toyota – Huntsville, Ala.
Mazda Toyota’s joint Huntsville facility is currently under construction and the first production line will open in early 2021. The $1.6 billion facility has attracted several suppliers to Limestone and Madison counties. Mazda Toyota will employ 4,000 workers and both lines will make Mazda and Toyota models. Annual capacity will be 300,000 vehicles.

Major changes at San Antonio Toyota plant
Toyota officials announced in the winter quarter model changes at their plant in San Antonio, Texas. The plant will stop assembling its best-selling Tacoma pickup truck and move all of that production to a plant in Mexico. To fill the gap of Tacoma truck production, the Japanese automaker will move assembly of its lowest-selling vehicle, the Sequoia SUV, from its plant in Indiana to San Antonio in 2021. Toyota officials said that the San Antonio plant has been at maximum capacity since 2016 and that the move will “make room for market growth and achieve long-term sustainability of future production in San Antonio.” Some auto industry officials speculated that the move will give Toyota the ability to produce more SUVs at the Texas plant in the future. The plant has been open since 2006, and to date, has only produced pickup trucks. Toyota will continue to produce the full-size Tundra pickup in San Antonio.

Toyota to shift production of small pickup to Mexico
Plano, Texas-based Toyota is moving production of its Tacoma small pickup truck from San Antonio to Mexico. . .however, no jobs will be lost in Texas. The San Antonio plant, which houses about 3,200 workers, will begin assembly of the Sequoia large SUV. It also builds the full-size Tundra pickup.

Auto supplier setting up shop in Alabama
CCI Manufacturing USA Corp., a Tier 1 auto supplier, is investing $21.5 million to build a new facility in Lawrence County, Ala. The deal will create 28 jobs. The company makes brake fluid and engine coolant.

Auto supplier to expand in Tennessee
Michigan-based Adient is investing over $23 million in its automotive seating plant in Lexington, Tenn. The expansion project will create 330 jobs.

Hyundai made more vehicles at Alabama plant in 2019
South Korea-based Hyundai announced in the winter it produced 336,000 vehicles in 2019 at its plant in Montgomery, Ala. The total was about 4 percent higher than in 2018. The Santa Fe SUV led all vehicles made at the plant last year. The facility also assembles the Sonata and Elantra sedans.

Georgia lands first Korean supplier to car battery plant
Georgia has landed the first Korean suppler to the electric vehicle battery plant that will serve as the single largest foreign investment in the state’s history. EnChem, which makes electrolytes that go into rechargeable lithium batteries, will build two separate facilities next to the nearly $1.7 billion SK Innovation plant in Jackson County. Combined, the two locations will create 300 jobs with an investment of $61.35 million.

Chinese auto supplier expands in Tennessee
China-based Minth Group, a designer and manufacturer of structural body, trim and decorative parts for the automotive industry, will invest $87 million to expand operations in Lewisburg, Tenn. The automotive supplier will create 254 new jobs in Marshall County.

WABCO expands distribution at its Kentucky plant
WABCO USA plans to triple its employment as it reinvests over $3 million in the distribution portion of its heavy duty truck parts manufacturing and warehousing facility in Hebron, Ky. WABCO currently employs 77 there.

GM Arlington moving 300 temps to full-time
Close to 300 temporary workers at General Motors’ largest assembly plant in Arlington, Texas, are being moved up to full-time status, the automaker announced recently. Nationwide, more than 1,350 hourly GM employees at 14 manufacturing plants and other sites in eight states will be elevated to full-time status.

Texas-based Toyota invests $394 million into flying taxis
Toyota Motor Co. is making a $394 million investment in California-based Joby Aviation, one of the handful of companies with the goal of making electric air taxis that shuttle people over gridlocked highways and city streets. Toyota is the lead investor, and makes Joby the best-funded “eVTOL” (electric vertical take-off and landing) startup in a booming category that must still overcome regulatory hurdles and concerns about passenger safety and noise. Joby has raised a total of $720 million.

Volvo building U.S. battery assembly plant in South Carolina
In preparation for bringing a new line of electric vehicles to the U.S. market, Volvo announced it will build a battery assembly plant at its existing facility in Ridgeville, S.C. The plant is part of a $600 million expansion project in Ridgeville, which began rolling out the Swedish automaker’s luxury sport sedan, the S60, in late 2018. The current expansion also includes a second production line for an electrified version of its flagship XC90 crossover. Approximately 1,000 jobs will be created for the XC90 production line, but no word yet on how many jobs might be created for the battery assembly plant.

Ficosa to add 100 jobs in Tennessee
Michigan-based manufacturer of vehicle mirrors and other parts, Ficosa, will discontinue operations at its facility in Shelbyville, Ky., and move the plant’s manufacturing activity to its facility in Cookeville, Tenn. The consolidation will result in 100 new hires at the Shelbyville location.