According to the Reshoring Initiative, for the first time in decades, more manufacturing jobs reshored to the U.S. than offshored in calendar year 2016. Last year, 77,000 manufacturing jobs (tying the 2014 record) reshored and 50,000 offshored, giving the U.S. a net gain of 27,000 jobs. On average from 2000 to 2006, about 220,000 jobs offshored each year. That has now dropped to about 50,000 and that total continues to drop. According to the Initiative, the South remains the top region for reshoring and foreign direct investment with the Midwest coming in second. Since 2010, more than 338,000 manufacturing jobs have reshored back to the U.S.

Chinese investment in the U.S. continues to mostly be mergers and acquisitions, but there is a growing list of greenfield projects. Chinese FDI is not slowing down in 2017 as some experts have predicted it would. In 2016, the Chinese invested $46 billion in the U.S., making it one of the largest sources of foreign direct investment in the U.S. The $46 billion blew past the previous record of $15 billion from the Chinese in 2015, according to the Rhodium Group. Among the largest acquisitions last year were HNA Group buying networking and software distributor Ingram Micro for $6 billion and Chinese appliance maker Haier Electronics’ purchase of General Electric’s appliance unit for $5.4 billion. According to Rhodium, there were 40 Chinese deals valued at $9.3 billion in the first quarter of this year. Nine of those projects were located in the South.

In May the CEO of China’s Great Wall Motor Company said that the company is searching for sites in Mexico and the U.S. to build a new assembly plant. Great Wall is China’s largest SUV and pickup truck manufacturer. Officials with the company told Reuters that the site choice will depend on trade issues among the U.S., Mexico and China.

Fifteen months after the groundbreaking, the new $1.3 billion, 1.3 million-square-foot Mercedes-Benz body shop at its plant in Vance, Ala. is nearing completion. Most of the construction is finished and it’s now time to install state-of-the-art equipment before the shop can be operational sometime next year. When completed, nearly 1,000 robots will help assemble 300,000 vehicles a year. Driverless, auto-guided vehicles will use 36,000 magnets that have been installed in the floor of the body shop to deliver components and the vehicles to each work station. The magnets will replace the traditional conveyor belts that typically more parts and vehicles through the shop. For more information on the South’s automotive industry, go to SouthernAutoCorridor.com.

Last year was the second consecutive year of carbon emissions from electric power plants dropping by 5 percent, a new record. It’s the first time in more than 40 years that emissions have fallen so far over two years. Overall, carbon emissions from energy use fell 1.7 percent last year, following 10 years of a shrinking carbon footprint in the U.S. Several things are supporting the lower emissions, including Americans using more renewable energy each year and power plants using less coal and more natural gas.

Kentucky has set its annual capital investment record in May, thanks to investments by Toyota, Amazon and others earlier in the year. Gov. Matt Bevin announced May 26 that the state has raised $5.8 billion in investment commitments from companies locating or expanding in the Commonwealth. The previous record was $5.1 billion in calendar year 2015.

In the spring, startup aluminum manufacturer Braidy Industries announced it will build a 2.5 million-square-foot, fully-integrated aluminum rolling mill in Eastern Kentucky that they say will be the “most technically advanced mill in the U.S.” The plant will produce about 370,000 tons of aluminum per year. The $1.3 billion project will create 1,000 construction jobs and 500 full-time, high-paying jobs in Greenup County. Growth in the automotive and aerospace industries and their increased use of aluminum as a lighter replacement of steel prompted the building of the new mill. As of May 2017, Eastern Kentucky has lost over 8,000 coal jobs, meaning the mill located near Ashland on the Ohio River should have plenty of labor available in what is an ever-increasing tight labor market in the American South.

Louisville ranked No. 1 by Forbes in manufacturing resurgence

In the summer quarter, Forbes ranked Louisville the No. 1 city in the nation where manufacturing is thriving. Much of Louisville’s manufacturing base is in the automotive sector with two Ford plants in the city and a Toyota plant nearby. The Louisville region’s manufacturing jobs have increased by 30 percent since 2011.

BMW will expand its South Carolina plant once again

BMW announced another expansion of its massive manufacturing plant in Spartanburg County, S.C. The company already employs about 9,000 workers at the plant. This latest expansion calls for a $600 million investment and 1,000 more jobs.

The Tennessee Valley Authority Board of Directors approved a $300 million strategic fiber initiative that will expand the company’s fiber capacity of its transmission system. The expansion will meet the power company’s bandwidth to accommodate new distributed energy resources. TVA’s expanded fiber network will also make available added capacity to local communities in rural areas of the South to help attract jobs.

Topre America, a manufacturer of metal components for automakers, is investing $36 million in its plant in Cullman, Ala. The project will create 65 jobs.

In 2015, Ford Motor invested $1.3 billion and added 2,000 jobs at its Kentucky Truck Plant in Louisville to build the Ford Super Duty truck. Now the company is investing another $900 million in the same plant to increase capacity in assembling Ford Expeditions and Lincoln Navigators, many of which will be exported. The project will retain 1,000 hourly jobs. Ford operates another assembly plant in Louisville that builds small SUVs, mainly the Ford Escape.

Ohio-based Pennant Moldings, a manufacturer serving the automotive and appliance industries, will invest $8.6 million to build a facility in Lebanon, Tenn. The project will create 60 jobs.

General Motors will establish a new parts supplier park and create 850 jobs — 600 that will be reshored from Mexico — to support its full SUV assembly plant in Arlington, Texas. The park will feature 1.2 million square feet of space. The automaker has almost completed a $1.3 billion expansion of its assembly plant in North Texas that houses about 5,000 workers. The plant is the exclusive producer of the Tahoe, Yukon and Escalade GM models.

German company to build plant in Auburn, Ala.

Winkelmann Group, a German company that manufactures metal parts for the aerospace, automotive and defense industries, will invest $12 million in a new plant in Auburn. The project will create 50 new jobs.

Minth Group, a Chinese manufacturer of body, trim and decorative parts for the automotive industry, will renovate an existing building in Lewisburg, Tenn., for a new parts plant. The $13 million project will generate 200 jobs.

Carcoustics, a German auto parts supplier, will invest $6 million in a new facility in Buford, Ga. The company, which will make solution-oriented acoustic components, will create 200 jobs.

Mercedes-Benz Vans is completing its plant in North Charleston, S.C., and has begun the hiring process. The company expects to hire 1,000 workers within three years at the plant.

Chinese tire maker Wanli Tire is planning to invest up to $1 billion in a new plant in Orangeburg, S.C. The state is expected to provide $40 million to assist in developing the site in Orangeburg County. The project is expected to create up to 1,200 jobs. South Carolina produces more tires than any other state in the U.S. and is home to foreign-owned tire makers based in France, Japan, Germany, Singapore, Sweden and China.

The automotive industry is preparing for a drop in overall sales this year, but depending on the model, some automakers are still at three shifts, 24/7. Demand for small SUVs like the Ford Escape has never been higher. Ford makes the Escape at is plant in Louisville. Ford will shorten its traditional two-week summer shutdown to one week in order to assemble 8,500 additional Escape models this year.

Montgomery creates more jobs than any county in Alabama

Who won the job creation crown in Alabama in calendar year 2016? It was the capital county of Montgomery. The county created 1,704 jobs in 2016, followed by Madison County with 1,548 jobs. Montgomery’s year, which earned it an honorable mention in this issue’s SB&D 100, was highlighted by a German auto parts maker’s $37 million new plant.

It costs less to operate your business in the South

According to a report published in the spring quarter by Chicago-based Anderson Economic Group, eight of the 15-lowest business tax burdens are states in the South. Oklahoma had the lowest tax burden for businesses and North Carolina had the third-lowest. Making the top 15 in lowest business costs in the South were Missouri, Georgia, Texas, Louisiana, Tennessee and Alabama.

Tennessee lawmakers approved legislation in the spring quarter that will expand the Tennessee Promise education program that was launched in 2014 that made community college tuition and fees free for recent high school graduates. Now, adults who do not have a two or four-year degree can attend for free as well starting in the 2018 fall semester.

With an expanded Panama Canal, large Asian cargo ships can reach ports in the South much easier and faster and increased trade in the last year proves it. Ports in Georgia and Virginia each moved the most cargo ever in May and the port in Charleston, S.C. had its best month ever in overall volume in March and July to May volume is up 9.4 percent.

Canada-based Tennessee Tool and Fixture, a maker of automotive mold and castings, is setting up shop in Manchester, Tenn. The $6.5 million plant will house 60 workers.

Borealis Compounds, a maker of plastic materials for use in fenders, dashboards and grills, will open a new plant in Alexander County, N.C. The company, which supplies GM, Ford, BMW, VW, Volvo and other automakers, is investing $15 million and will hire 37 in the deal.

VW is adding 200 more workers to the 1,000 who have already been hired since December. The German automaker began assembly of the Atlas SUV earlier this year. VW employs about 3,500 at the plant as of June.

Knapheide Truck Equipment Company Charleston Inc. will invest $1.3 million to open a 75,000-square-foot manufacturing, operations and installation facility in North Charleston, S.C. Designed to upfit the Mercedes-Benz Sprinter and Metris vans, the company will be installing van interiors and more. The projected is expected to create 63 new jobs.

A longtime Charleston area automotive supplier, IFA (a German-based company that produces parts for automakers including BMW and Volvo) is building a $69 million facility in Berkeley County and will add about 120 new jobs to its existing workforce. The company makes driveshafts for passenger cars and light commercial vehicles.

An Oak Ridge, Tenn.-based engineering and manufacturing supplier for the automotive, marine and energy industries will spend nearly $30 million to renovate the former Maremont factory in Loudon County and add 200 jobs over the next five years.

Eldor Corp.’s high-tech automotive parts factory in Botetourt County is on track for test runs in January 2018 and occupancy by late April. About 350 people are slated to be working at the plant within five years, with another 300 to be added after that, marking the largest expansion of new manufacturing jobs in the Roanoke Valley in at least a decade.

A leading producer of technical compounds and polyester staple fibers based in the Czech Republic will invest $20 million in a new facility in Peachtree City, creating more than 20 jobs. SILON’s polyester fibers and polyolefin compounds are used in the automotive, construction and medical sectors, among others.

Bluegrass Supply Chain Services, a logistics provider for the automotive and food and beverage industries, will invest more than $3.35 million and create 51 jobs at two locations — a new operation in Edmonson County and upgrades at its Bullitt County facility. The new jobs will bring its total Kentucky employment to about 590.

ATIO USA, an aluminum recycling and manufacturing company, will open a new facility in Clewiston, Fla. The project will create 39 new jobs and a $26 million investment. ATIO USA will use scrap and waste aluminum and primary raw material to manufacture an alloy known as Green Billets for the global automobile industry and OEM suppliers. 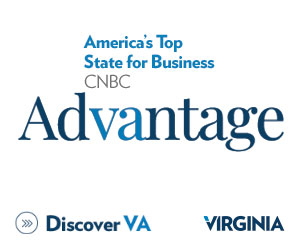